Can the Creeper Drill Help Your Hitters' Footwork?

Jeremy Ekeler sees a lot of swings from young players. The coaching director at the Driven Academy — a training center in Lincoln, Neb., for softball and baseball players — notes that 80 percent of the issues he sees with hitters start when their front foot hits the ground.

While an assistant softball coach a few years ago at Saint Xavier University in Chicago, Ekeler picked up a drill from Northwestern that he uses with his students at the Driven Academy. It’s called “Creeper” — named because it looks like you’re stepping over a rope that’s suspended in front of you — and it teaches weight transfer on a swing. 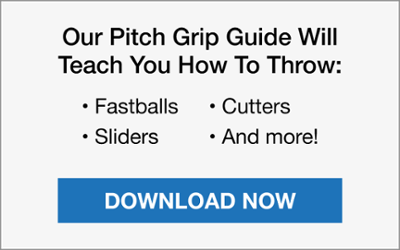 Players can work on the drill in the comforts of their homes without a bat. The athlete needs to simulate stepping into the batter’s box from the side and not from the back by the catcher.

“I’m right-handed, so I would take a big step with my right foot and plant it nice and firm and deep in the batter’s box,” Ekeler said. “Then I’d take a big step, I’d get my foot as high as my knee and land on my front toe — that’s my ready position.”

“So level eyes, hands loaded, weight back,” Ekeler said. “You can cause a lot of damage from there.”

It’s not a drill that players literally need to do before each at-bat in a game, but they can work on it in the on-deck circle.

Ekeler likes to teach the drill to softball players between the ages of 8–10 and baseball players from 6–8. Instructing the drill early in a player’s development can be key.

“We see a lot of back feet that are anchors, or a lot of ‘squish the bug,’” Ekeler said. “The squish the bug thing is not conducive to creating force behind the ball. Spinning is a neutral movement and it doesn’t create power, so this gets them into a position to create drive right away.”

During his teaching of young athletes, Ekeler favors sending lessons home for his players to work on. His lessons are designed in layers to break down the activity. So for the Creeper drill, the first layer is getting into position, the second is dropping the front heel and creating power, and the third is taking an actual game swing.

After learning the ideal motion during the Creeper, which is a pre-swing drill, there are plenty of activities that can be taught from there, Ekeler noted. Swinging techniques can be added onto the Creeper such as extension, points of contact and staying inside the ball.

“You can actually use Creeper for any swing drill,” Ekeler said. “That’s why it’s awesome, because it can be step one of your homework and you can focus on any topic out of it.”

From GameChanger and Greg Bates.