Fielding with your Forehand 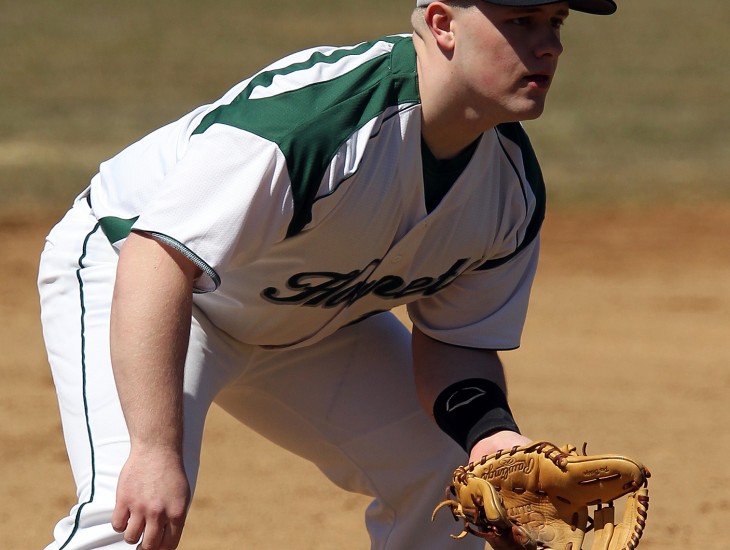 When practicing proper forehand glovework, we like to eliminate variables, and then reintroduce them. Start by having your fielders on their knees without their gloves, so that they can focus on their hands. Have two fielders face each other ten feet apart, with their bodies at 45 degree angles, which simulates the position a fielder’s torso is in when he receives a ball on his glove-hand side. The fielders toss short hops back and forth, aiming for 15/20 reps. Make sure the’ve got their eyes out over the ball, and their hands in front of their bodies. As your fielders become comfortable with this drill, you will want to reintroduce their gloves, and eventually get them performing the drill on their feet.

Here we apply the same principles from the glovework drills to our footwork: eliminate the upper body and then reintroduce it. Put your fielder in the forehand position, and then have him transition into the throwing position. We want the palm facing forward, fingertips down, with the back of the glove perpendicular to the ground so ball doesn’t accidentally roll up your fielder’s wrist. As your fielder transitions into his throwing position, watch for explosiveness as his right foot comes in front of the left. Once they’ve nailed these two drills, combine the techniques and put your fielders at short so they can throw the ball across the diamond.