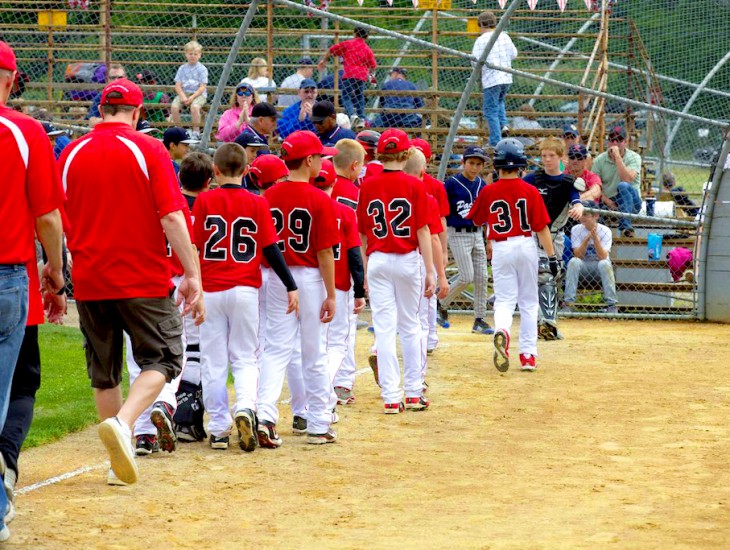 This story is part of GameChanger’s “Thank You Coach” initiative – a project focused on thanking the ones who show us so much more than a game. Use #ThankYouCoach on social media to join the conversation.

Ask Rocco Porreco to name his favorite coach, and he hesitates for a moment, which isn’t surprising. The options seem endless.

“My father, that’s where I got my love for baseball,” says the sophomore standout at Denver’s Mullen High School. “But then, my uncle’s been really important, too. When it comes down to it, everyone in the family has helped me.”

Baseball is a four-generation preoccupation — in some cases, occupation — for the Porreco clan, which just might be Colorado’s first family of baseball.

No fewer than 11 Porrecos have donned high school uniforms in the metro Denver area, and four of them have gone on to play college ball.

Consider the scene at a recent Mullen game: Rocco pitched and played third base, under the watchful eye of Vince Porreco, his great uncle and Mullen’s coach. Watching from the press box was Rocco Sr., a former standout player at the school. In the stands sat the usual contingent of family members, including Dan Sr., Rocco Jr.’s great-grandfather and a hardball fanatic who won a lottery to throw the first pitch of the 2002 Colorado Rockies’ season.

“He’s the one who started it all,” Rocco Sr. said.

Not everyone could make the weekly family reunion. Dan Porreco, Vince’s brother (and another great uncle to Rocco Jr.), is the coach at rival D'Evelyn High School. Vince’s and Dan’s sons — Nico (Adams State) and Tony (Trinidad State Junior College) — are busy with college ball.

Great uncles Dan and Vince were standouts at Aurora’s Regis Jesuit High School, like their father, Dan Sr. Vince later was all-Western Athletic Conference at Wyoming, served as an assistant coach at Wyoming for five years, played pro baseball in Italy in 1988 and coached Metropolitan State University for 14 seasons before landing at Mullen. He also wrote a baseball column for the Denver Post.

“It’s always tough to juggle things. It’s a struggle, but I wouldn’t want it any other way,” Vince said.

While playing for Southern Colorado (now CSU-Pueblo), Dan faced off against Vince at Wyoming. When Dan transferred to Wyoming to finish his college career, one of his coaches was Vince. Several years ago, Vince and Dan created a summer league team from their combined rosters at D’Evelyn and Mullen. Last year’s team included Dan’s son Tony and Rocco Jr., who’s the grandson of Vince’s and Dan’s older brother.

Rocco Jr. could turn out to be the MVP of the Porreco family. After all, he already feels like a veteran. Before he was old enough to read, he could swing a bat like a champ, thanks to some expert coaching from all his baseball-playing relatives.

“Rocco grew up loving the game because of all the support he’s had,” said his dad. “It starts from his great-grandfather to his grandfather and to his uncles. We do have a passion for this game.”