A Comprehensive Rundown of Pitch Grips 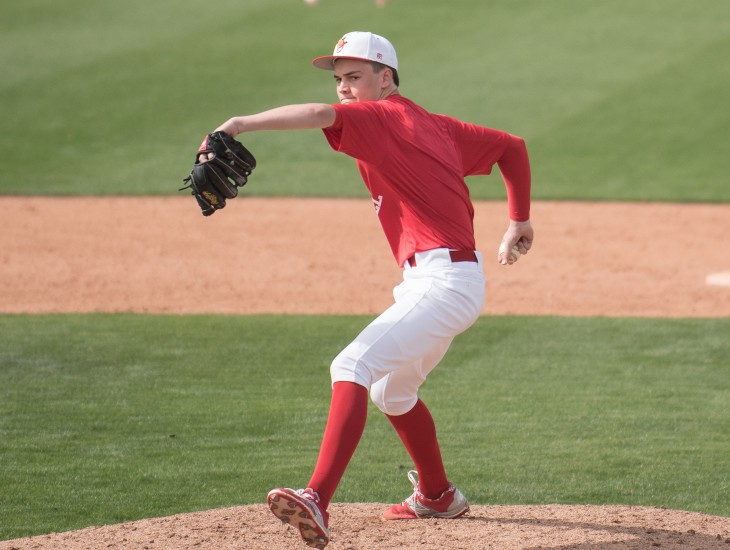 
Pitch Grips for Players 14 years and under

A four seam fastball provides backspin, and travels straight towards the plate with, little or no movement compared to the two seam fastball. This is your hardest thrown pitch.

There are a couple of variations on this pitch, which is also known as a sinker. Thrown correctly, this pitch provides more movement to the arm side of pitcher, which—for a right handed pitcher throwing to a right handed hitter—means the ball will sink down-and-in. The spin that causes this movement is created by the natural pronation of the hand during release, and the index or middle finger pulling on the seams.

When thrown correctly, this pitch will have a little less movement than your two seam changeup, but will have a similar difference in speed from your fastball, and can be more deceptive, as the rotation of the seams looks very similar to a four seam fastball

For the two seam changeup, the fingers pull on the seams and create spin to your pitcher’s arm side. When the pitch is thrown correctly, the pitcher’s hand stays behind the ball and at release the hand pronates, and the fingers “pull” on the seams creating the spin which gives this pitch its movement.

There are a couple different ways to grip this pitch, and regardless which you use, at release the middle finger should get between the baseball and the intended target, producing a 12 to 6 spin as your pitcher pulls the seam to create downward movement. It’s critical that your pitcher keeps his wrist straight. If he comes around the ball too soon, it’ll put stress on his elbow, and won’t allow for downward movement. The curveball sacrifices velocity for greater movement, and is the slowest of the three breaking ball pitches discussed here.

This pitch results in a sharper, later break than a curveball. A good way to know if this pitch is being thrown correctly is if the partner/catcher can see a red dot created by the spinning seams. Again, there are several grips that can be used. The slider’s spin is created by the fingers pulling on the seams during release, and the pitcher’s fingertips going over the top of the ball. The speed of the pitch, and the spin created is what gives the slider its hard, sharp, downward movement.

The cutter is similar to the fastball in velocity. The movement on this pitch comes later/closer to the hitter, and has less lateral and downward movement than a slider. It’s very effective for right handed pitchers against left handed hitters (and vice versa), as it breaks parallel to the ground and cuts in.