This One's For You: The Powerful Impact of a Coach 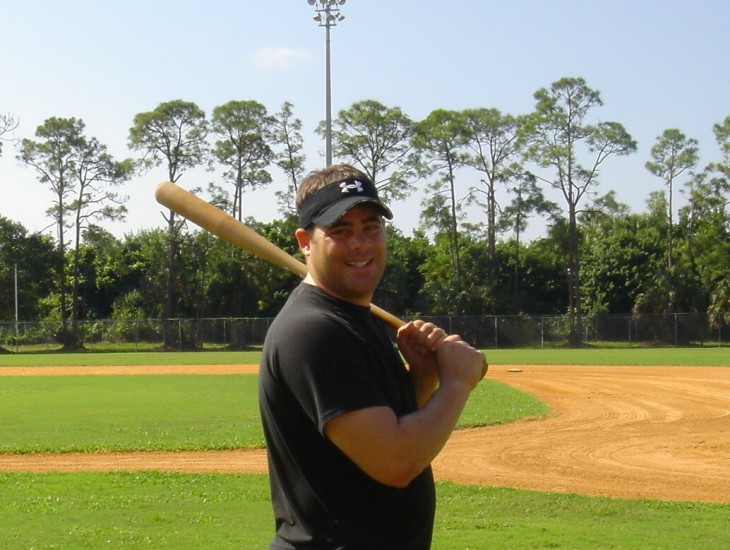 This story is part of GameChanger's "Thank You Coach" initiative - a project focused on thanking the ones who show us so much more than a game. Use #ThankYouCoach on social media to join the conversation.

In the spring of 1992, Rick Saggese was living his dream. A hard-hitting sophomore, he ranked among the best high school baseball players in Florida, a state that routinely produces major college and major league blue chippers. Nearly four years before, as a 12-year-old prodigy, he had landed on the cover of USA Today, thanks to an extra-inning grand slam that advanced his Andover (Mass.) team into the Little League World Series.

On that March afternoon 23 years ago, however, the good times came to an ugly end.

During routine batting practice, a teammate hit his favorite coach in the head with a line drive, causing massive bleeding in his brain. He died in a hospital the next day.

“He was my coach and my best friend,” Saggese said.

He also was Rick’s father.

Days later, Rick Sr. was buried. As a way of saying goodbye, his son signed a fresh white baseball and placed it in his casket.

“Everything I’m going to accomplish is for you,” he wrote.

Much of what Rick Saggese had already accomplished was due to his father, who taught him how to play the game the right way at an early age.

In the family’s basement, young Rick swung at a tire his father had sawed in half and bolted to the wall waist-high, and at balls attached to strings that hung from the ceiling.

In the back yard, he practiced in a batting cage dubbed “Iron Mike.” In the driveway he did special stretching exercises.

The payoff came on an August afternoon in 1988, when Rick’s theatrical grand slam in the Little League regional finals earned Andover a bus ride to Williamsport, Penn.

“When we got to the Little League World Series, three of us got on the front page of USA Today. It was a color photo,” Rick said.

An opening-round loss couldn’t put a damper on the family’s passion. Soon they moved to southwest Florida so Rick Jr. could play ball year-round. As a freshman, Rick helped lead Barron Collier High School in Naples to 33 consecutive wins and a runner-up finish in the state tournament.

He couldn’t wait for the 1992 season and a showdown with national powerhouse Miami-Westminster Christian School and its star shortstop — a junior named Alex Rodriquez. A few days before the big game, his father walked onto the field for the last time.

The bad breaks kept coming. Saggese underwent surgery to repair torn anterior cruciate ligaments in both knees, the left injured as a junior, the right as a senior just a few days before the MLB draft. Hobbling off the field, he saw a dozen scouts heading for the exit.

Once again, Rick pressed on, the prospect of playing college baseball at Miami giving him renewed hope. In his first season he batted .339, hit 14 home runs and was named a Freshman All-American by Baseball America. He hit two homers in the College World Series, helping the Hurricanes advance to the championship game. After each homer, he pointed to the sky just before touching home plate. He was pointing to his father, thinking, “That was for you.”

Even a walk-off home run by LSU in the title game couldn’t discourage Saggese, who immediately began preparing for his sophomore season.

In the first game, however, it happened again: the star-crossed Saggese suffered another knee injury, a blow that all but ended his big-league dreams.

“Mentally, I was done. I tried to finish strong, but I wasn’t where I wanted to be in my career,” he said.

For a while after college, Sagesse brooded, embittered by the way his career had ended and unable to find fulfillment as a businessman.

“That’s when I started to grow,” he said. “I realized I wanted to give back what my father gave to me.”

So in 2008 in Naples he opened Think Outside the Diamond, which helps kids and adults with baseball and softball skills. He stresses the fundamentals, showing students how to hit, run, throw and pitch. But he works on the mental game, too, focusing on the kind of traits that endure after baseball.

“Like my dad, I’m a baseball mentor. He had a passion and a knack for teaching and inspiring kids,” Rick said. “I’m spreading his knowledge.”