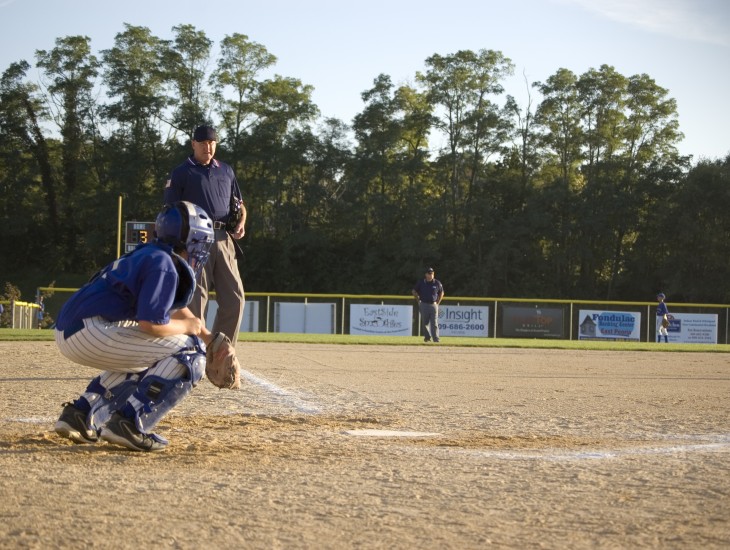 It was just one nugget of data in a stream of information coming from GameChanger, but Jeremiah Knackstedt knew immediately he could use it.

From his dugout seat, the coach and instructor from Highland, Ill., saw that the next hitter had lined the ball to third three times that afternoon. Knackstedt promptly yelled to his third basemen and shortstop to move closer to the line. Minutes later, with runners on first and second and the score tied, his third-baseman nabbed a shot down the line, robbing the opponent of an extra-base hit and saving at least one run.

GameChanger, Knackstedt says, had lived up to its name.

“It puts all that information in front of you, in the middle of a game,” he said. “It reduces the chance of making a (judgment) error.”

Making smart in-game adjustments often is the difference in a game, which is why Knackstedt uses GameChanger at every turn.

On the Mound:
Letting a starting pitcher run up high pitch counts might cause fatigue or injury during the season, and can contribute to longer-term injuries. At a time when pitch counts matter more than ever, GameChanger updates a pitcher’s total after each pitch.

“Before, you had to click the counter on every pitch,” he said. “Because you do a lot of things at once, I know for a fact there were times when you forgot to click.”

The benefits hardly end there, according to Knackstedt. Between innings, he uses hitting charts to evaluate and prepare for upcoming batters. In late innings, before inserting a new pitcher, he combs through data searching for weak spots in coming hitters.

“You get the information instantly,” he said.

At the Plate:
Knackstedt gathers all the information he can about the opposing pitcher and passes it on to his hitters throughout a game.

Although traditional scorebooks might reveal the answers to these questions, Knackstedt would rather not plow through dog-eared pages mid-game.

“You have to keep flipping back and forth between pages,” he said. “The pages start getting torn, they aren’t very clean, and you probably end up getting mixed up in the process.”

GameChanger, meanwhile, offers a wealth of information, including his hitters’ tendencies. Each hit is labeled with G, L, F, or B (grounder, line drive, fly ball, bunt). A chart displays the percentage of each type of hit for each side for the field (left, center, right). This makes it easier for Knackstadt to exploit defensive weaknesses.

In the Field:
By punching up spray sheets, Knackstedt is able to detect opposing hitters’ weaknesses and tendencies and adjust his defense on the fly. For example, he might shift his players because the batter had pulled the ball 80 percent of the time. Or he might pull his infield in because the hitter bunts with great frequency.