How To Use GameChanger To Spot Trends 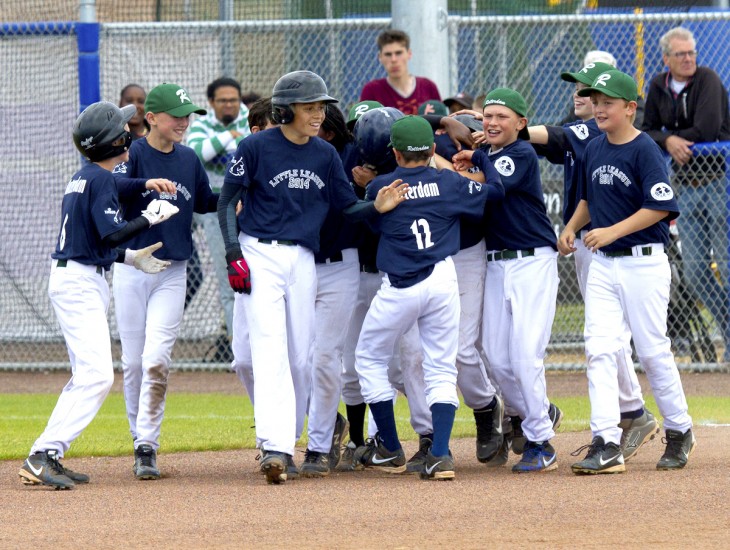 From GameChanger and John Tranchina, a freelance reporter for Red Line Editorial, Inc.

John Roschella and his coaching staff with the Western Howard County (Md.) Renegades 14U baseball team use GameChanger during games to keep score and look for trends they can apply to the games.

When the final out is recorded, Roschella likes to chat with his players about their performance. Knowing his window of getting through to the players is limited, Ros

chella knows he has to be quick. He usually skips over the basics and instead tries to emphasize some of the trends and themes he picked up on during the game.

“If the discussion goes more than five minutes,” he says, “they’re not going to hear anything.”

It’s after the game, when everybody has gone home, when Roschella is able to sit back and really break down the stats.

Among the key analytics Roschella focuses on are:

How many swings the Renegades put on the ball versus how many strikes were thrown.

"We try to encourage our players to be more aggressive and to push that number (of strikes taken) down to 20-25 percent,” Roschella said. “That’s optimal for teams I’ve been with.”

If a player is watching strikes more than 20-25 percent of the time, Roschella can tell that the player is being too passive, which is usually evidenced by fewer hits.

How many swings and misses the Renegades get versus their total number of swings.

“We skew that as a team and determine if we’re not being aggressive enough or we’re being too aggressive,” Roschella said.

Whether the team has been successful within one of its main areas of emphasis: pitching to contact.

“We track pitches seen per batter,” Roschella said. “We’re shooting for three. If we see 3.8 or 4.0, that’s too many; if we see 2.6, that’s not enough, because it usually means the pitcher is grooving the ball down the plate.”

Once the staff has analyzed these stats on GameChanger, the coaches will share the feedback with the players. The Renegades track these stats game-to-game, so they can identify trends both among individual players and the team.

On offense, Roschella considers a few different measurements. While he is far more interested in on-base percentage to measure offensive success rather than batting average, he also looks at how many hard-hit balls his team delivered at the plate.

“It’s subjective to my score whether it’s a line drive or not,” he acknowledged, “but it’s nice to have in the system and (to) compare our hard-hit ball percentage versus what our pitchers give up as hard-hit balls.”

Ultimately, for Roschella it’s all about using the app to help illuminate the areas where his team is successful and where it’s not, so that they can put more stress on the aspects of the game they need to work on.

“We’re gauging where we think we’re weak and not doing well to try to help these guys hit the sweet spot on where the statistics are,” Roschella said.