Free Play and Structured Play Are Both Key to Childhood Development

When a young child is fooling around with blocks or some other similar toy, there is more going on than meets the eye. People like Barbara T. Bowman have been studying this trend for decades. 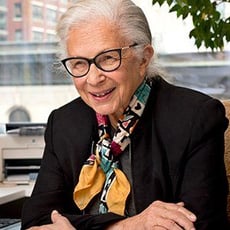 Bowman, a renowned early childhood expert who recently turned 90 years old, helped co-found the Erikson Institute — named after famed psychologist Erik Erikson — back in 1966 as part of her illustrious career.

This Chicago-based institute studies and tries to understand child development in the early stages.

Bowman says there are two styles of play in young children around the ages of 4 and 5.

The first style is free play, and it consists of what you can see when a child is left to his or her volition.

Free play occurs when children do things themselves. This can include coming up with their own rules or how they will do something. Free play gives the child a chance to perform actions that would normally be considered inappropriate. Free play is really a child’s perspective of the world and how he or she feels about it.

“It has two purposes,” Bowman said. “One is to help affect how children feel about some of the problems they have. So when they play out for themselves, they get a release from their feelings by playing out those kinds of fantasies. And another thing that they do is it helps them understand the world.”

The second style of play is called structured play, and it involves adults setting rules and guidelines. These boundaries serve a separate function of teaching children how to operate with each other.

“It gives them information within a play format,” Bowman said. “What we are doing is focusing their attention on something they are doing within the play that’s instructional. And kids do it to each other, one child does it to another. They learn a lot about the real world in play.”

That instruction helps children understand that playing by the rules is important and that not every behavior is allowable. It also is goal-oriented and aids in the process of putting together thoughts and ideas towards a certain purpose.

Free play, in contrast, can tell you what a child is really feeling emotionally. It also stimulates the creative side of children because there are no restrictions and contributes to the child’s sense of self as a unique human being. Adults often see this as children having fun and enjoying themselves.

Bowman notes that the early stages of play are also seen in the animal kingdom, where a very similar pattern of development occurs. Lions in particular engage is this practice.

“In early childhood education, we use play a lot to teach kids,” she said. “We also should leave time for them to have free play and for them to do what they want to do with play. We learn a lot about play from the animal pathologists who have pointed out that animals have used play too as a form of learning.”

It is only natural for a child to favor one style of play over another, and not necessarily indicative of any specific character trait. The important thing is to make sure the child experiences both styles of play.

From GameChanger and Santosh Venkataraman

Check out more on theSeason here.