A Family Of Coaches 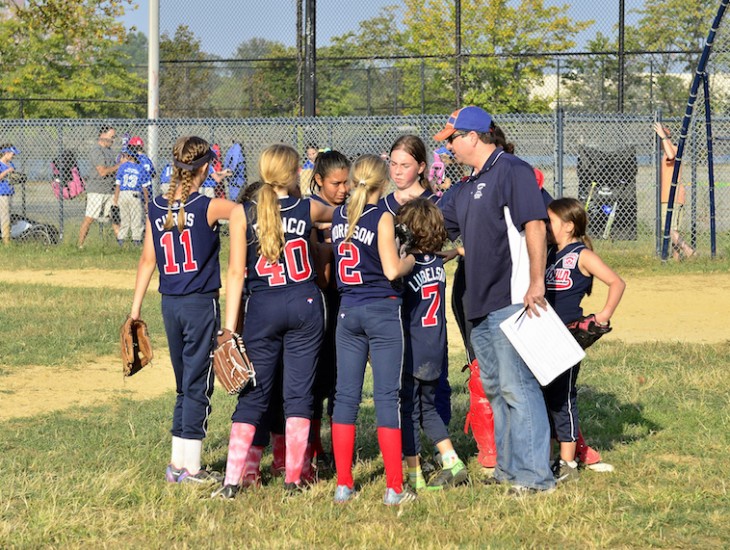 From GameChanger and Tom Glave, a freelance reporter for Red Line Editorial, Inc.
This story is part of GameChanger’s “Thank You Coach” initiative – a project focused on thanking the ones who show us so much more than a game. Use #ThankYouCoach on social media to join the conversation.

Kent Early knew from an early age he wanted to be a coach. It’s not a surprise because Early, the head softball coach at Bentonville (Ark.) High School, spent most of his time watching his dad be a coach.

Alvy Early has coached nearly every sport at his alma mater, the University of Arkansas at Monticello, during a long coaching career, and his sons Kent, Brian and Preston were always with him.

“We were always in the gym,” Kent Early said. “(Or) riding the bus. (Dad) had to do everything himself. He didn’t ever have an assistant, so it’s a good thing he had three sons. We all took turns being student assistants for him.”

“It was a bonus always being around the game — seeing (women’s) basketball, men’s basketball, football,” Kent Early said. “We were all ball boys for the football team. We sat on the bus going to basketball games. We were pretty much around every sport. That’s what there was to do in Monticello.

“It’s always been in our blood.”

Kent Early helped his dad coach UAM basketball and softball while attending the school as an undergrad and for his masters. He earned valuable experience while working with his father.

Early had the responsibilities of an assistant coach — like working with the post players during a basketball season — and even had to fill in on the bench.

“(I remember) he got kicked out (of a game) and I got to coach a NCAA game as a student assistant,” Early said. “As a graduate assistant, he let me in the third base coach’s box and let me organize (softball) practice. We’d talk about things and what he wants done, and I had to figure out the drills and put them through it. It let me get my feet wet and see what I could do.”

Early applies the same coaching philosophies he learned from his father.

“Everything is fundamentally oriented,” he said. “You have to start with the basics, and you have to teach fundamentals every day. When you’re in pressure situations, that’s what you’re going to fall back on — your daily preparation.

“Dad was always very organized and a great planner. He was everything (at UAM), a jack-of-all-trades. Whatever you’re given, make the best of it. You can’t make excuses, you just go to work.”

Alvy Early coached high school football before taking over the women’s basketball program at UAM in 1979. He coached basketball for 21 years, started coaching the UAM softball team in 1997 and was the school’s athletic director from 1997-2009, helping the Boll Weevils and Cotton Blossoms move from NAIA to NCAA Division II.

“He understands every game,” Kent Early said. “He’s just a sport junkie. It’s what he does.”

And he’s still teaching his sons.

“I call him after every game, and I know Preston does, too,” Early said. “He stays up late anyway because they’re playing. We’ll call after each other’s games to see how we’re all doing, check in on each other.”

They share stories, strategies and ideas. It’s what a family of coaches does.