A couple weeks ago, the North Central Texas College softball team was involved in a horrific accident resulting in the loss of four of their talented, beautiful, young ladies (Angels in the Infield). While anyone who came across the story was no doubt saddened, they may not fully understand why the softball world as a whole was so impacted by this tragedy.

It all has to do with what transpires when twenty girls are thrown onto a team together. With North Central Texas weighing on my mind the last couple weeks, I wanted to share my insights into the bonds developed by teammates.

When you first join a team, whether it be high school or college, you inevitably have to adjust to no longer being one of the top players on the team (at least your first year). This jolt back to reality is a shared experience that every player has experienced. But it’s also the beginning of a process.

While no doubt there can be a little drama (come on, you’ve thrown twenty girls together in close quarters who will practically be living/working with each other 24 hours a day), there’s also a deep bond that slowly forms and then just clicks one day. These twenty girls aren’t just teammates, they eventually become friends, and then ultimately sisters.

It begins with the 6:00 AM workouts, the early classes so that you can get to the training room before the 2:00 PM practice, and the study time after dinner until you go to bed. What gets you through the day is the moments that you share with your teammates. Whether it was suffering alongside each other during a dreadful off-season workout, playing pranks on each other for a good laugh, or lending a shoulder to cry on when there was a broken heart, we knew we were all in it together. It’s a feeling I will remember and cherish for the rest of my life.

My most cherished memories were the bus trips. Some trips were just a short distance down the road, others seemed to last forever. There’s a lot of sleeping (I mean A LOT of sleeping) but there are also the deep conversations, the made up games, the pranks that you play on the bewildered freshman until one of them finally catches on, the building anticipation of your upcoming game, or the heavy silence when you just lost a game you let slip away. I think the bus trips are where the real magic happened; where my teammates became my sisters.

That’s why this tragedy’s wake is felt all across the nation amongst the entire softball family. Girls who play, or have played, feel for those who passed away, and for those who lost their sisters. We reflect on and cherish those moments with our sisters that much more. The softball world is just a big extended family and our heart breaks along with the NCTC community.

I have included a few of my favorite pictures from those long road trips. To some, they’re just pictures. But to us they’re amazing memories that we’ll never forget.

Our thoughts and prayers go out to the NCTC Lion softball team, their family and friends. 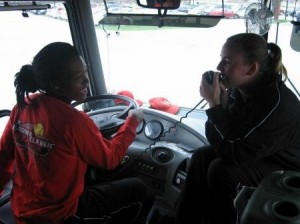 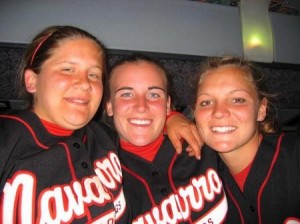 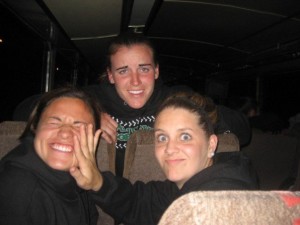 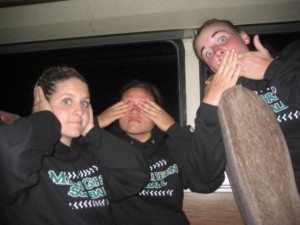 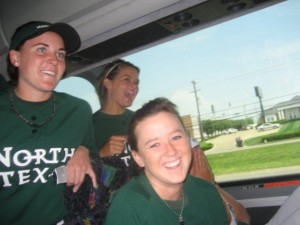 Kyleigh started playing softball at the age of 5 and never looked back, eventually going on to play at the collegiate level for Navarro College and the University of North Texas. After college, she coached travel ball for a few years and became the General Manager of a collegiate wooden bat team in the Texas Collegiate League. Kyleigh is now the Director of Softball at GameChanger and helps onboard and educate coaches in mobile scorekeeping and player analytics.