1.  The Texas Rangers turned a triple play last week in their game against the the Los Angeles Angels. While triple plays are rare to begin with, what's even more rare is that only two defensive players touched the ball. This feat has not been accomplished in 106 years!


2.   Last week the world lost a musical icon when Aretha Franklin passed away. The Detroit Tigers paid tribute to Aretha in her hometown during a recent home game. During this moment of honor, a rainbow fittingly appeared over the scoreboard.

Some pictures say it all. pic.twitter.com/abFKT7gsQM

4.  On Sunday, the NY Mets and the Philadelphia Phillies competed in the second annual Little League Classic in front of a sold out crowd in Williamsport, PA. What made this event special was not that a MLB game was brought to a small Pennsylvania town, but that the young athletes got to enjoy a once in a lifetime experience: connecting with MLB players. The professional athletes took time to play catch with the youth, take selfies and pass on worlds of wisdom.

Before the Mets and Phillies players got to display their talents in front of a packed stadium, they became fans in the crowd and showed up to Lamade Stadium to cheer on little leaguers as they compete in front of a national audience in the Little League World Series 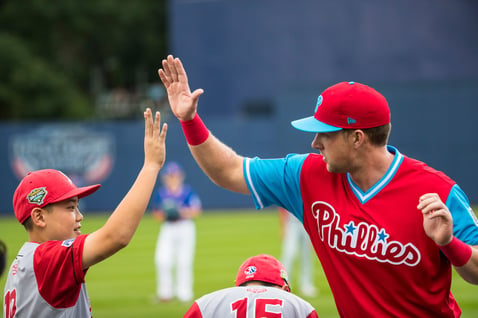 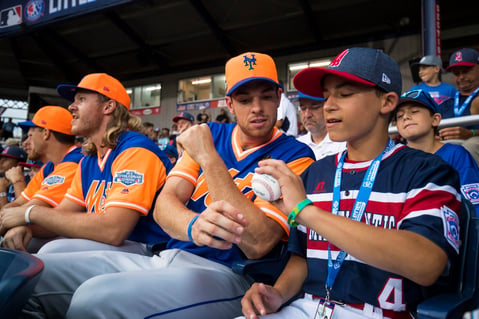 5. Shaquille O’Neal recently bragged that he never gets dunked on. This comment spurred Shaq's son, Shareef, and his friend Cole Anthony (who is currently the No. 1 ranked youth player) to set ole dad up to eat his words. Check out Shaq being posterized by Anthony when he least expected it.