1. Very few athletes ever make it to a place where they have to make a decision between getting to play the sport they love in college or at the professional level. That is the exact decision that young soccer star Olivia Moultrie may be faced with in the next few years! Did we mention she's 12?!

Last summer, at just 11 years old, she committed to play soccer at North Carolina. This year, her soccer abilities allowed her to work out with some of the top women's soccer clubs in Europe. Her goal? To be the best soccer player in the world!

I’m very excited to announce that I have accepted a scholarship offer to play soccer at the University of North Carolina. The UNC Women’s Soccer @uncwomenssoccer program is the most legendary program in college sports and the opportunity to play there and for a legend in Anson Dorrance will be an honor. With Coach Anson and Coach Damon and the rest of the staff I know I will be able to compete for championships at the most elite environment in the country and work towards my goals every day with some of the best teammates in the nation. To follow in the path of so many legendary players past, present and future will push me to become the best version of who I can become. I’m extremely grateful for all the people who have helped me get here. My parents and family, my brother and mentor @fredosainz , my club @beachfutbolclub and coach @jeffreyojoyner, as well as @este_chavez and @beastmodesoccer and many others. Also a big thank you to all the other schools who showed interest in me, this has been a very humbling process. My new favorite color is Carolina Blue! #GoHeels #UNC #ChapelHill #Nike #Jordan

2.  Oregon State baseball coach Pat Casey announced his retirement. The Beavers coach led the school to three national championships and decided to hang up his cleats and go out on top, after bringing home his last championship this past June. 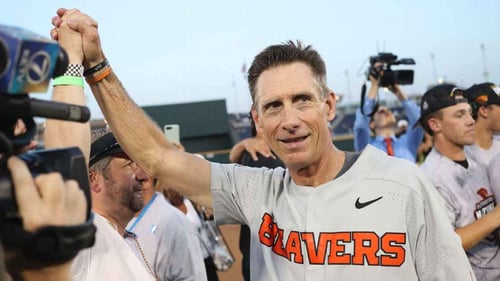 3.  Todd Frazier pulled off a 'fake catch' in Monday night's game against the Dodgers. If the catch would have been successful, it would have been a GREAT catch...but as Mets reporter, Steve Gelbs, reveals, it was a great disception.

4. The CDC has issued guidelines in treating youth concussions for the first time. 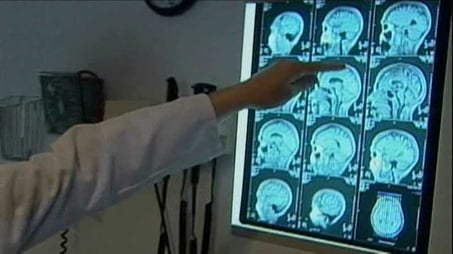 The research and resulting guidelines stem from the growth in youth sports and the increase in pediatric traumatic brain injuries each year.

The guidelines that have been released, includes "five key practice-changing" recommendations:

5. There was another retirement in the sport of baseball this past week that was probably overlooked. The Myrtle Beach Pelicans team dog took his last lap around the field after 10 years of service.