1.  One of the most beloved sport movies of all time is A League of Their Own. Nearly 300 girls recently got to take to the field at the historic home of the Rockford Peaches for a tournament that celebrated the 75th anniversary of the All-American Girls Professional Baseball League.

While softball is a popular sport among girls, nearly 100,000 girls play baseball throughout the nation. For these young athletes, they got to take the field for the sport they love and meet some of the ladies who paved the way for them. AAGPBL alums such as Shirley Burkovich and Maybelle Blair served as honorary coaches and connected with the girls. 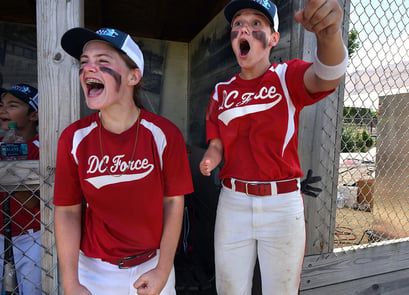 2.  High School football playoffs are among us! For one family in Southern California, there may be a house divided next week. The Lopez brothers play for two powerhouse high schools programs and are set to meet in playoffs should both of their teams win this week.

Both young athletes started as soccer players and their dad trained them to be football kickers once they got older. No matter the outcome, their stats are impressive... 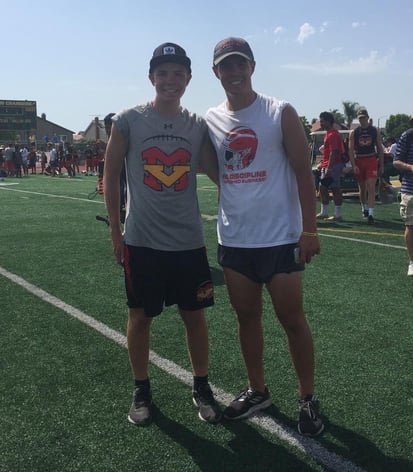 3.  Fan of watching professional sports on TV? Admire the hard work and sacrifice that is given each and every game?

The athletes aren't the only ones who put it on the line and push through the pain...

NFL Network reporter, Melissa Stark, barely batted an eye and pushed through her report like a pro!

4.  Remember Mo'ne Davis? She's now a senior in high school and still a stud athlete! While Mo'ne still plays both baseball and softball, she also plays soccer and is currently a Division I basketball prospect. 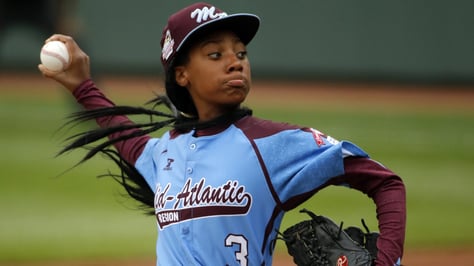 Through all the publicity she received during and after her Little League World Series appearance, Mo'ne has stayed humble and hard working. She wants other kids to believe "you can achieve anything you put your mind to despite obstacles that may seem in the way".

We can't wait to see what lies ahead for her after her high school career come to an end!

5.  Game 3 of the MLB World Series between the Boston Red Sox and the Los Angeles Dodgers wasn't just a game...it was technically TWO! The game went 18 innings, and here is what that looks like on paper:

So for those who asked, here’s the card. At least the first 15 innings anyways. It ain’t pretty but it’s mine. #worldseries #weplayedtwo pic.twitter.com/f3bAbJGmZm

MLB play by play sportscaster, Dan Shulman shared a view of his book after the lengthly matchup.