1.  Babe Ruth, Roger Staubach, and Alan Page are all recent recipients of the Presidential Medal of Freedom.

These athletes are being honored for their accomplishments off the field:

2.  Tyler Trent, a Purdue 'superfan' and former student, will have his own bobblehead. Tyler has a rare form of bone cancer and recently partnered with Purdue and The Bobblehead Hall of Fame and Museum in Milwaukee to help the fight against cancer.

3.  Tim Tebow is lined up to host LeBron James' new CBS series called Million Dollar Mile. LA Charger play-by-play announcer, Matt "Money" Smith, and ESPN reporter, Maria Taylor, will serve as commentators for the competition show that allows contestants a chance to win $1M by successfully completing a challenging course with many obstacles along the way.

Say hello to our host, @TimTebow, and commentators @MariaTaylor and @MattMoneySmith!#MillionDollarMile, a new competition series from the executive producers of #BigBrother and @KingJames, is coming soon to @CBS: https://t.co/ArT016jVQ0 pic.twitter.com/eEDtC2GTCl

4.  The Florida Marlins unveil what is replacing the home run sculpture that was recently removed from center field. 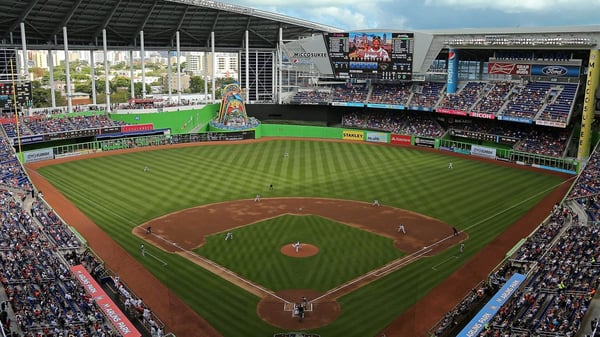 The Marlins will use the space in CF from the recently departed "Homer" statue to build a new three-tier social space, called the Center Field Zone, as well as paint the outfield wall from bright green to blue, and redesign the batter's eye. More details to come in SBD. pic.twitter.com/ICt5JEIs8t

5.  Everyone loves seeing an incredible play at home plate, but have you ever seen this...

Bet you can't watch this just once 😂 pic.twitter.com/GxX3gS3Vha

Did you miss the last "5 Things"? Check them out here!