1. The Washington Capitals won the Stanley Cup for the first time in franchise history! Not only was this a special moment for Washington, as the Caps brought the city it's first national title since 1992, but it was also a very special moment for one player and his dad.

T.J. Oshie, a right wing for the Capitals, got to share his first Stanley Cup win with his father who is suffering from Alzheimer's. T.J. said, "This is one memory that I don't think he's going to forget."

.@TJOshie77's dad has Alzheimer's, but he is sure that he'll remember this one. ❤️ #StanleyCup pic.twitter.com/U6AwR8QZOF

2.  In a recent Minnesota HS baseball playoff game, one teenage pitcher showed the world what true sportsmanship looks like.

After Ty Koehn struck out childhood friend and opposing batter, Jack Kocon, to win the game and advance his team further down the line in the state championships, he made sure his priorities were straight before he celebrated with his team. Koehn said, "I knew the game was going to keep going, or it was going to end right there...Our friendship is more important than just a silly outcome of a game. I had to make sure he knew that before we celebrated."

4.  The Florida Gator's baseball team STOLE HOME to tie the ballgame against Auburn this week!

IN A TIE BALLGAME.

This is absolutely amazing. pic.twitter.com/iDCCzYGVJO

The Gator's went on to win the game and advance to the College World Series with a walk off HR...

Obviously the most fitting way to send the No. 1 seed into the final #CWS spot! 🤯

For the 1️⃣2️⃣th time in program history, @GatorsBB is headed to the College World Series! pic.twitter.com/Lnt38ZojTE 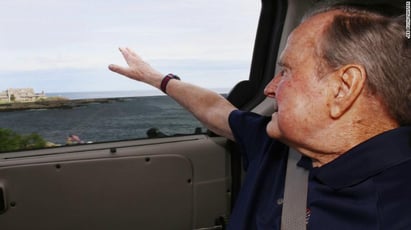 Back in his younger days, President Bush played on the Yale baseball team. During his stint playing for the Bulldogs, he appeared in the first ever College World series and got to visit with baseball legend Babe Ruth. 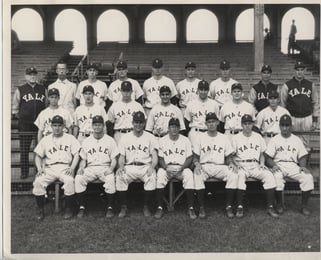 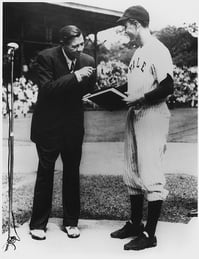